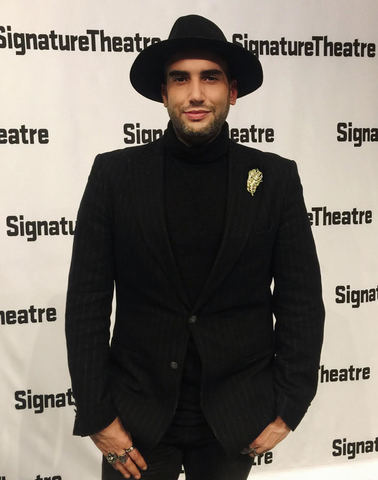 Antonio Miniño (They/Them) is a Caribbean Genderqueer Multipassionate Creative and Well Being Life Coach. A native of the Dominican Republic, where Antonio studied theatre at the School of Dramatic Arts, co-hosted/produced and directed for the award-winning television show FashionTV, was a contributing writer for national magazines, an art director for various fashion campaigns, and a director/performer for national productions.

Antonio recently dramaturged a site-specific production of the Kander and Ebb musical Kiss of the Spider Woman , directed by Evan Tsitsias, at Toronto's Don Jail (Eclipse Theater Company) which received 6 DORA Award nominations. His play Memorial was presented as part of the Latino program in the Short+Sweet Hollywood Festival, and his play in The Surprise Stocking Stuffer was a finalist for the 2013 Association of Theatre in Higher Education (ATHE) New Play Development Workshop. An excerpt of Antonio's solo show Moon Child (Hijo de la Luna) was presented as part of the 14th Street Y 2016 APAP (Association of Performing Arts Presenters) Showcase.

As a singer Antonio has performed at Lincoln Center's Mostly Mozart, The Town Hall of NY, Symphony Space NY, The Time Out Lounge, The Triad NYC and The Nuyorican Poets Cafe.

Antonio's photography has been featured in the NY Times, NY Post, Backstage, Show Business Weekly, among others.

Antonio is the founder and a creative partner of Different Translation (formerly known as Fab Marquee Productions), and former founding member, company actor and co-artistic director at Manhattan Theatre Works (2006-16). Antonio is the writer of the #PersonOfChange series on Medium.com, showcasing persons of color and/or persons who identify as non-binary. Antonio is a proud member of SAG-AFTRA, Actors' Equity, and Stage Directors and Choreographers Society (Associate). An alumnus of Directors Lab North (Toronto), and Directors Lab West (Los Angeles). Antonio recently launched his intimacy consulting and well-being life coaching company Grace in Progress Consulting.

Since relocating to Santa Fe, NM in 2021, they have performed as Jacques in As You Like It (SFC), and Branden Jacobs-Jenkins' Everybody (Santa Fe Playhouse). They intimacy directed Lucy Prebble's The Effect (Santa Fe Playhouse), and have joined the performing family at Meow Wolf.
ARTIST STATEMENT 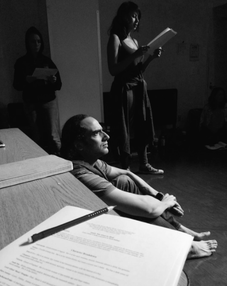 Antonio creates performances that inhabit the realm of heightened realism, embracing vulnerability, strength, and risk, with a special focus on queer and Latine stories.

As an artist Antonio is excited by the power of text, the physicalization of subtext, and the incorporation of whimsy in everything Antonio does. Whether a new play, a classic, or a film, Antonio believes the universality of the work stems from the specificity we can find within it.

Antonio is driven by the prospect of communing with likeminded artists, and learning from the diverse cultures and experiences of all the players that come together to create Art, and Antonio achieves this by implementing a holistic  approach to the process. Gender-conscious and color-conscious casting are priorities for Antonio to greater embody our cultural landscape. Antonio's mission is to present different perspectives that further encourage discourse and create a perpetual connection with an audience.